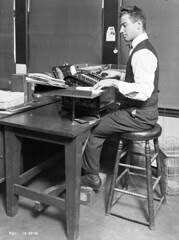 Recently, we’ve been asked a number of questions relating to computing the sum of numbers in a form, whether with Form Builder or with plain XForms.

This seems pretty simple, because XPath, the expression language used by Orbeon Forms, has a sum() function. But there can be some difficulties:

This can be solved in a couple of ways:

First, we assume that all the values have a decimal data type. With Form Builder, you simply specify the “Decimal” data type for the control.

Then say that you have 3 fields to sum called a, b, and c.

The “Calculate” expression to write for the first approach is simply:

The sum() function takes a sequence of nodes or values (which is why you have to double the parentheses). If the expression fails due to missing or incorrect values, then the result of the calculation is set to a blank value.

The “Calculate” expression for the second approach looks like this:

We are still using the same sequence of three values, but we are filtering them with a condition (called a predicate). The predicate only allows values which are castable as (or convertible to) a decimal value, so only those values are passed to the sum() function.

The function supports a second argument which is the value to return in case no value satisfies the predicate. This makes sure that we return a decimal value, as we are using a literal decimal 0.0.[1]

In this second scenario, the calculation always succeeds, even if values are missing or incorrect.

Here is a plain XForms example.