Storing configurations outside of the Orbeon Forms war file 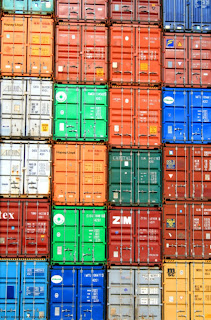 If you're reading this, you're most likely already familiar with the properties-local.xml file used to configure Orbeon Forms. This file typically goes inside the Orbeon Forms web app, in WEB-INF/resources/config. What if you'd like to package a single war for Orbeon Forms, and deploy that war on multiple servers on which you need to have slightly different configurations? Is it possible to store this configuration outside of the war file? It is, and we'll see how you can do this in the remainder of this post.

With this single change to the Orbeon Forms war, and the choice of a "standard" directory in which you'll place your configuration files, say /etc/orbeon, you can deploy the same war on multiple servers, and have different configurations in the /etc/orbeon of each server.

Tomcat allows you to set the value of context parameters for an app in its own configuration, so you don't even have to change the web.xml. The following two lines added inside your Tomcat's <Context> element for the Orbeon Forms web app (e.g. in your server.xml) are equivalent to the change we did earlier to the web.xml.

Posted by Alessandro Vernet at 3:57 PM