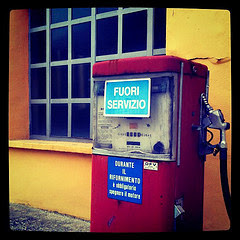 Orbeon Forms often needs to perform calls to itself, for example to:

In short, change was needed! So with Orbeon Forms 4.7, we got on this and entirely removed of the use of HTTP for internal calls!

How did we do this?

We were already using an abstraction to perform requests within Orbeon Forms. This abstraction unifies how we access internal resources stored in the Orbeon application itself, as well as calls such as HTTP calls.

So we built on this [2] to provide an additional HTTP abstraction. We now have an ApacheHttpClient, which uses HTTP proper, and a new InternalHttpClient, which behaves like the real HTTP client from the perspective of the caller but in fact does its work entirely internally, without any network access.

From the perspective of the page or service called, it is as if the request was coming from an external HTTP client (with some minor twists).

This in one shot addresses all the issues listed above. So we are quite happy with this change!