Today we released Orbeon Forms 2016.1! This release comes with lots of new features and bug-fixes (in fact more than we had initially planned). We hope you'll like them!

NOTE: This release was formerly referred to as Orbeon Forms 4.11. You can read more on the new versioning scheme further below.

While this is not directly associated with this release, we should mention that our documentation site has now migrated to a new location, simply doc.orbeon.com. Please let us know if anything is missing or incorrect!

This brand new form control allows you to include a handwritten signature with a mouse or touch screen. This works great also on the iPhone and iPad! 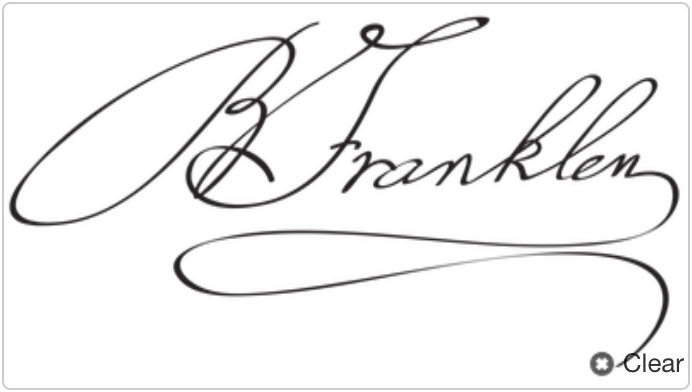 For more information, see the component documentation. This is an Orbeon Forms PE feature.

This feature allows you to trim leading and trailing whitespace in values entered by users. It is enabled by default for new text fields and also lets you enforce that required fields cannot be left blank.

Actions have always been able to update a control's set of items, but that itemset was global. When using repeated grids or sections, itemsets can now be local to just one repetition. This enhancements even enables dependent dropdown menus.


Itemsets are stored alongside form data. This means that if you edit or review existing data, you are going to have the exact same sets of items present when data was entered in the first place (unless, that is, you run a service to refresh the itemsets again).

For more information, see the documentation.


Previous / next navigation in settings

Quickly navigate to the previous or next control, grid or section in the form, without missing anything.

The XForm engine has the ability to receive and send JSON documents as per XForms 2.0. With Form Builder, HTTP Services support receiving data in JSON format.

Other features and enhancements

Other new features and bug-fixes

Including the major features and enhancements above, we closed over 150 issues since Orbeon Forms 4.10

See Localizing Orbeon Forms for the latest localization support. Localization depends on volunteers, so please let us know if you want to help!

Starting with this release we are using a new versioning scheme with the number of the year first followed by the number of the major release during that year. Since 2013 we have had three (sometimes four) major releases a year, and we plan to continue this schedule, so the plan this year is to have 2016.1, 2016.2, etc. and next year 2017.1, 2017.2 and so on, with minor releases, when needed, having an extra digit like 2016.1.1, 2016.1.2, etc. This doesn't change anything to your subscriptions or support.

You can download the latest version of Orbeon Forms from the downloads page.

Don't forget to grab a trial license for the PE version.

We hope you enjoy this release!
Posted by Erik Bruchez at 12:16 PM